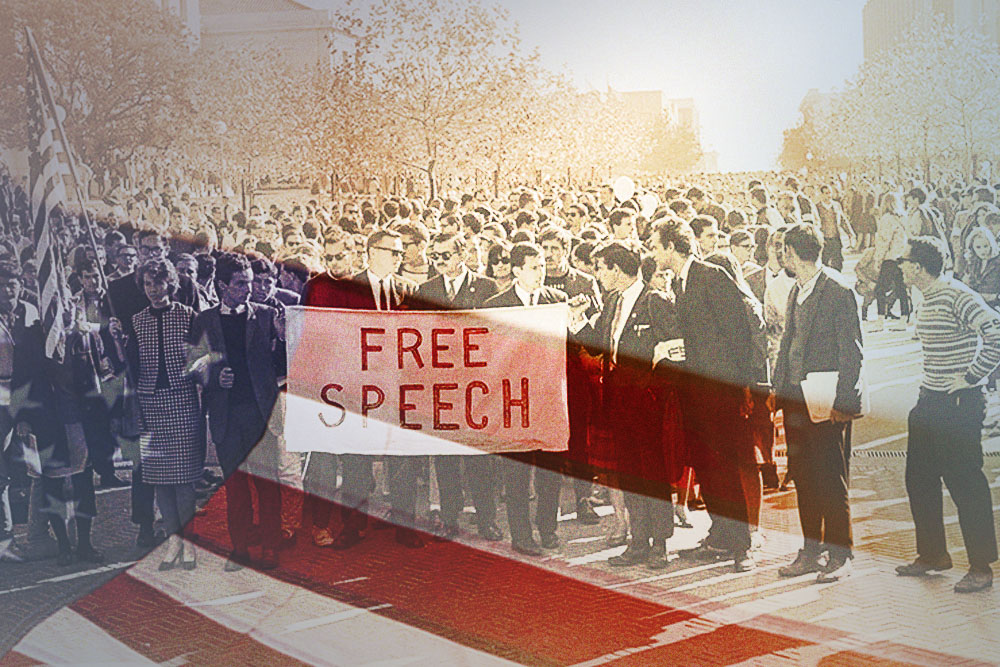 When Government Sanctions Against Individuals Become a Suppression of Free Speech

Initially, I found the letter hard to take seriously given the political motives of the authors, three of whom aren’t even U.S. citizens, especially when I saw that Steven Segal, the actor, was among the six people who had been singled out. Steven Segal? Seriously? To sanction him would suggest we’re prepared to start sanctioning people anywhere in the world for holding views that don’t align with U.S. policies. The potential for insidious damage this kind of political folly does to our nation’s core values should be of greater concern. Including a U.S. citizen begs the question:  by what means could this even be done without legal due process?

Sanctions against private individuals anywhere in the world, irrespective of their points of view, for exercising free speech raises red flags. They undermine the most sacred of American core values. Since our goal as a free people living in a democracy is to promote our core values and encourage other nations to follow our example, I find it hypocritical to presume to punish private citizens of other societies, especially non-democratic ones, for exercising a core value we claim we want their nation to adopt.

In recent years we’ve seen the devastating impact the suppression of free speech by social media had on public confidence in our nation’s institutions. For example, Facebook, Twitter, and other platforms have actively worked to suppress points of view that don’t agree with a given political party’s point of view. Yet important issues need time and space to be thoroughly debated. Developing the ability to find validity in the points of views one might reflexively reject is an acquired skill through practice. This is how a free people develop the critical thinking skills needed to draw their own conclusions, rather than habitually parroting party line narratives. I have hope for the day when Russia can finally become a nation of free people and can freely express their views without risk of recriminations.

Like many other Americans, I don’t agree with many current U.S. policies. The U.S. Government, under the Biden Administration, adopted policies and actions which in my opinion instigated the war in Ukraine. There was never any opportunity for meaningful public discussion of these policies. The media has reflexively supported Administration policies and ignored for the most part the opinions of many brilliant scholars and foreign policy experts who had other views.  Rather than taking sides in this conflict, I advocate stopping the war immediately with a cease fire, and using mediation, not negotiation, to resolve the conflict. This is the only way a durable long-term resolution can be achieved.

Many in the U.S. and in the world share this point of view. But this isn’t an article about the war. It’s about the right to hold these views, and the right to use the tools at our disposal to speak our minds. Even those who completely disagree with my point of view should agree with this basic principle. Any other position is a slippery slope into autocracy.

Actions by private individuals are a different matter. The war in Ukraine is a conflict between neighboring nation states. When an individual takes actions on behalf of their government in support of their government’s war policies, they become belligerent actors. A good example are private companies making parts for weapons. Their factories become legitimate targets. They, as individual actors become legitimate targets. Sanctions are a perfectly valid economic weapon.

Applying these views on speech vs. actions to the list of individuals being recommended for sanctions yields the following:

1.  Vladimir Sergeyevich Lisin:  Yes, a legitimate target for sanctions as his actions as a private individual support institutional goals in implementing the war.

2.  Klintsevich Franz Adamovych:  No, based on what the authors claimed. He’s a former military officer, previously served in the Russian Duma, and served in the Russian government. However, the authors only say he’s the leader of a political party, and the head of a veteran’s organization that sounds like the Russian version of the American Legion. He currently appears to be a private individual who has a right to his opinions.

3.  Turchak Andrey Anatolyevich:  It’s not clear. He’s a political party leader, an athlete, and a very successful entrepreneur. I don’t know what the super vague “implementation of actions” are that the authors are referring to. I don’t know what the other countries they mention did, or on what basis. Due process would be required to get to the bottom of it.

4.  Steven Seagal:  No, based on what the authors claimed. He’s an actor and a private individual who has a right to his opinions. His dual citizenship is irrelevant.

5.  Yevgeny Vasilyevich Balitsky:  Yes. He’s a Ukrainian political leader from the Donbas who was made the governor of the Zaporizhia Oblast this year by the Russian occupying forces. He is in essence acting on behalf of the Russian government. He’s certainly a belligerent actor.

6.  Kirkorov Philipp Bedrosovych:  Seriously? No. A famous musician and a private individual who has a right to his opinions. He’s been entertaining the troops. Are we now in the business of sanctioning Russia’s version of USO performers?

That’s it? This is their list? This is the best they could come up with?  In noting who the authors are that are asking for the sanctions, three of the six signatories are European. This begs the question of whether the U.S. is now going to let other countries dictate the application of our core values for their political aims. Far more than an impingement on free speech, this would represent a grave breach of our sovereignty.