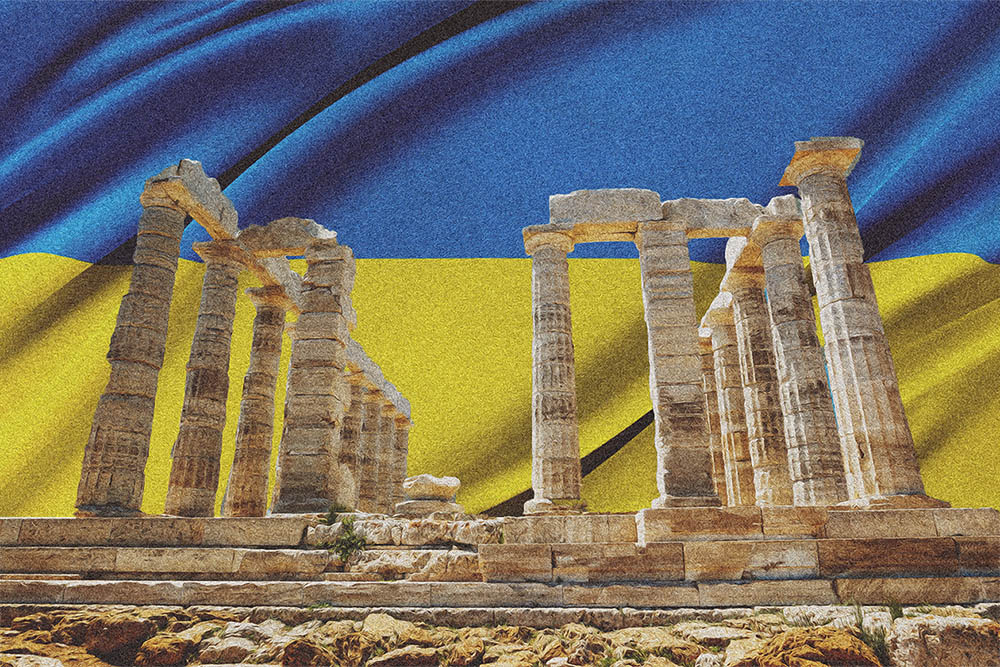 Up a Tree and Loose Talk of Armageddon

It should never have come to this; all the players up a tree!  It’s been obvious to everyone for months that Ukraine is fighting a proxy war, paid for and directed by the Biden Administration. Zelensky appears unwilling, but I think unable to take advantage of his achievements in both keeping Ukraine from losing and scoring an important victory in Kharkov region to propose mediation with Russia to resolve the conflict. He’s now being pushed to attack in the Kherson area, a very dangerous gambit that can only result in further escalation of the conflict no matter how it goes.

With the Ukrainians overplaying their capabilities, it is the ideal time for the Russians to bate them into a trap. Kherson would be exactly the right place to do it. What if the Russians succeeded in turning the tide and throwing the Ukrainians on their heels? Biden would certainly throw more gasoline on the fire and of course continue refusing mediation. Above all else Bidden fears looking weak, which of course he is.

However, the Russian Army has been shown to be even more dysfunctional that the West imagined. By attacking the Kherson area, the Ukrainians leave very few retreat paths, none of which can support an orderly withdrawal with their equipment. With the aid of superior US/NATO military technology, and the help of Russian incompetence, it is entirely possible that Zelensky could succeed in routing the Russians. Why would the Biden/Zelensky team think that would be a good thing? The most likely response from Putin would be a massive aerial bombardment of the entire area. If the Russians bring their planes, the likelihood that NATO will intervene directly increases. If this doesn’t look like the start of WW III, what would? And it may be exactly what Biden wants.

The truck bomb explosion on the Kerch bridge further exacerbated Russia’s situation, by compromising the singularly most important connection between Crimea and Russia. And it’s not clear who did it! It is very interesting that within the last few weeks we’ve had two non-attributable acts of significant sabotage. Nord stream pipeline sabotage denies Russia the ability to turn on spigot this winter as part of any prospective mediation. As a practical matter, who other than a Biden-ordered Special Ops Command operation could have done it without being detected? The Russians certainly didn’t do it. The Ukrainians couldn’t have. Who does that leave? Are we to believe that Greta Thunberg did it?

The truck bomb sabotage was also clearly well planned, because of the secondary truck explosion, and the timing of a fuel supply train on the parallel bridge. If the saboteurs had been successful in blowing up all the parallel spans, it would have taken many months to recover. The rail bridge and one of the two vehicle spans appear to have suffered only minor damaged and are being repaired very quickly.

Like Nord stream, conducting this sabotage was a very complex operation. There’s been talk about the need for precise knowledge of the train schedule to explode the bomb when the train was passing on the parallel track. A suicide bomber could have just driven the truck along the bridge from Crimea until he saw the train coming toward Crimea and detonated it at the optimum moment. Or the truck could have been operated by remote control from another vehicle or a drone cruising overhead, and remotely detonated at the opportune time. The issue isn’t how it could have been done, but rather who had the means to organize and execute the mission, who could have gotten all the needed equipment and bomb material into Crimea without detection, and who had the political motivation to do it? That is besides the CIA? The Ukrainians are now taking credit. But really?

Biden made some truly outrageous statements at a DSCC fund raiser about the US being closer to nuclear Armageddon than at any time since the Cuban missile crisis. If he thinks that, shouldn’t he be doing what Kennedy did?  Address the nation in a calm and sober manner, explain in detail what is going on, why, and what he hopes to achieve.  Instead, Biden is daring Putin to use his nukes. Why would any responsible leader do that? Certainly no one in Europe or Russia wants a nuclear exchange of any kind as an outcome. Last week, Macron implored Biden to stop such talk and speak responsibly.

It’s clear that Biden is making good on his spring promises to degrade Russia militarily, economically and politically.  Putin must see this.  Biden will use any excuse to escalate the conflict. Does he believe that Putin will fold? Or is he revealing his fear that they won’t?

An aerial bombardment by Putin could be the opportunity for the NATO intervention Biden is looking for. NATO in short order would begin to degrade the Russian air force in a confrontation. But then Putin would go to the tactical nukes. In other words, we’d be cornering Putin into using them or losing them.

What Biden is missing in his rant is that it was the careful statecraft of Kennedy and his very capable team that prevented a nuclear disaster.  The real tragedy here is that Biden may be right. If he is it is entirely because of his diplomatic malfeasance.

The World has every right to expect that in a time of crisis we will be led by people of good will, who seek to resolve conflict, equitably, and not escalate it without reasoned purpose. People with the humility and the humanity to see the greater picture and work tireless on behalf of mankind to achieve a durable outcome to their benefit. How has Biden’s actions in Ukraine in any way displayed any of these virtues?

It’s time for a deep breath and a cease fire!