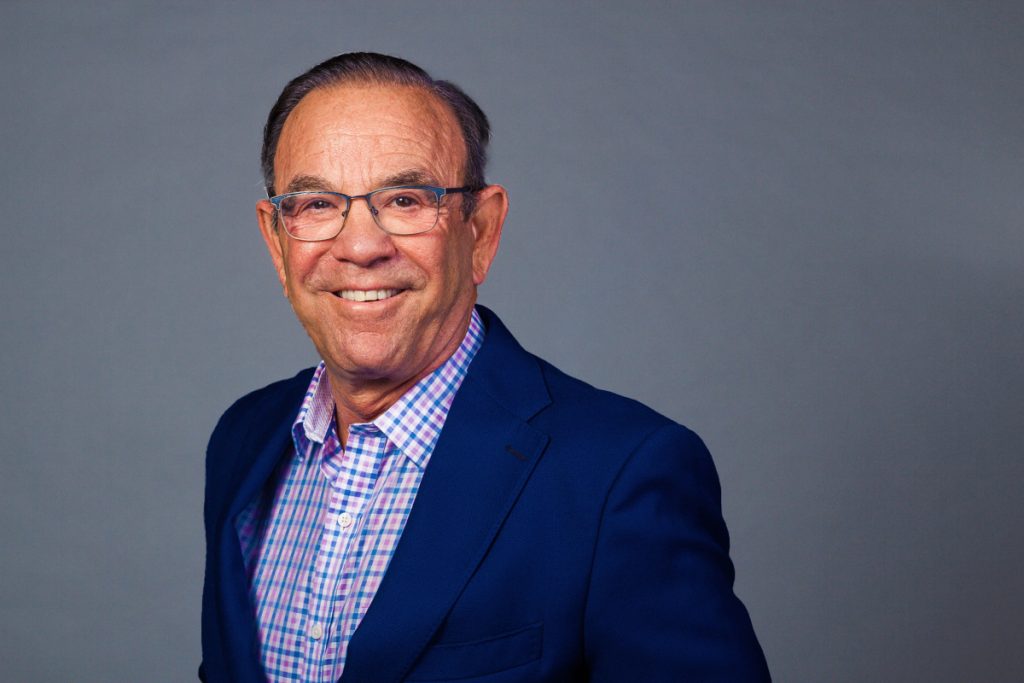 The #1 Quality You Need To Succeed

Success is not a journey for the faint at heart. As a four-time CEO and serial entrepreneur, I’ve learned that there is no end to challenge and uncertainty in the business world. Or in life. But what I’ve also learned is that perspective makes a world of difference in where you end up.

There is one trait that you must possess if you’re going to succeed, and that is optimism.

I learned this lesson long ago, when I was twenty. I should have died at the bottom of a crevasse in Cadaver Gap on Mt. Rainier, after a terrible fall. It had been a long way down, at least thirty feet, before I hit anything. I hit so hard that I bounced back into the air, did a somersault, and hit the rocks a second time. I was a mess, with a fractured pelvis and a compound fracture to the right arm, along with other less serious injuries. My backpack’s gear was spread out for a yard sale among the rocks, gravel, ice, and snow. Worse, I nearly suffocated because the wind had been knocked out of me so badly. I couldn’t breathe and couldn’t move.

There was no way for my buddies to know that I was still alive.  I hoped they’d go for help. The next morning I crawled and then hobbled through the meandering cravasse until I found a wall face I thought I could climb. Climb? It was my only chance for survival. I didn’t hesitate. With one good arm, and legs that I could barely stand on, I pulled myself up that wall a few inches at a time out into the dazzling sunlight and eventual rescue.

Though badly injured, I was young, and recovered quickly. Later, I realized it had never occurred to me during the entire ordeal that I wouldn’t survive. Why was that? I had discovered the eternal optimist within me.

I began studying the stories of others who had survived seemingly unsurvivable experiences.  Optimists survived most often. Pessimists rarely did. But why? The reason became clear: People can do extraordinary things when they have the courage to do what is required. Courage comes from the optimism you feel about your purpose, whatever you believe your purpose is. Without optimism, fear will overwhelm and paralyze you. My mantra ever since has been, “The cornerstone of courage is optimism!”

This newfound knowledge buoyed me through my military service, Stanford University, the aerospace industry, and the creation of a very successful management consulting company.  Our major clients read like a who’s who of aerospace:  Lockheed, Martin, Boeing, Rockwell, and McDonnell Douglas.

My career and family life were going well when the chief scientist of my company, Tom Heinsheimer,  showed up in my office one day with an insane idea—an idea that turned into the most challenging adventure of my life… and certainly the most dangerous. It was 1992, and the Cold War between the US and Russia had just ended. It was very early days for the fledgling Russian Federation. It was like the Wild West. No one could be sure what the rules were.

An accomplished pilot, I loved to fly. Tom dangled the opportunity of an extraordinary flying adventure in front of me as bait. “Steve,” he said, “I want you to fly your prop-jet into the Kamchatka peninsula in the Russian Far East.”  I stared at him in utter disbelief.

At the time, we thought no American had ever flown into that remote part of the world. It wasn’t until 2019 that I learned Charles Lindbergh had done it in 1931. His was an incredible feat largely forgotten by history. My book begins with an introduction describing the similarities and contrasts in these two pioneering missions that took place some sixty years apart.

As a two-time Air Force veteran during the Cold War, flying into Russia seemed preposterous.   The state of the post Soviet Russian economy was dire from the onset. Tom thought promoting entrepreneurship was the key to getting the Russian economy off its back. Tom had spent several years working on behalf of NASA with Yuri Osipov, the president of the Russian Academy of Sciences, on the joint US/Soviet Mars exploration program. Much of the Mars Rover testing took place on the Kamchatka peninsula. Tom persuaded Osipov to invite me to come to Kamchatka and see what entrepreneurial inspiration might take hold. But, persuading me to come to that remote land wouldn’t be easy. Being the first to fly there was the perfect bait. And he was right.  Inevitably, I was hooked.

Our adventure was extreme, to say the least. Despite the many logistic challenges, and unrelenting uncertainty, I flew my team to Alaska, across the Bering Strait, into Siberia and down the Kamchatka peninsula. There, we created, in partnership with the governor of Kamchatka, one of the first post-Cold War Russian/American joint business ventures:  a business with a vision akin to the creation of the Hudson Bay Company. We called it the California-Kamchatka Companies (CKC).

We came as Americans with a can-do, entrepreneurial attitude. The Russians came with a long, painful history of constraining rules, risk aversions, and fear. We hoped to drag them into success despite their distrusting nature. We labored for years to turn our dream into a reality.  What we achieved was truly amazing.

On the verge of achieving sustainable success, US Government agents showed up at my Orange County California office one sunny morning with some shocking news. If I went back to Moscow for my scheduled quarterly board meeting I would be kidnapped. The agents were there to try and avoid an international incident, requiring a high-risk rescue attempt that would probably fail. What I did next, and how we survived, is the climax of my book.

The cultural differences alone created many over-the-top challenges.  It would have been easy to give up. But I kept looking at the bright side. My “glass-half-full” perspective kept me going. Instead of worrying about failure, I kept asking my people, “What do we need to do to succeed?” Instead of living in fear of what might happen if the Russians decided to turn on us, we embraced those who wanted us there and partnered with us to succeed.

When I lecture university business students on entrepreneurship, I advise them that if they aren’t optimists, they’re in the wrong business. They are full of youthful energy, and grand ideas for how to change the world. But  a “better idea” is only the first ingredient in an opaque process that must survive many, many challenges, obstacles, and detours on an uncertain path to success.

Our joint venture with the Russians didn’t turn out as I had hoped. But this remarkable adventure is one I will never forget. For me, it was proof that, indeed, with imagination, courage, and an optimistic outlook, we really could do what most had thought to be impossible. Perhaps for me, this was what entrepreneurship was all about.