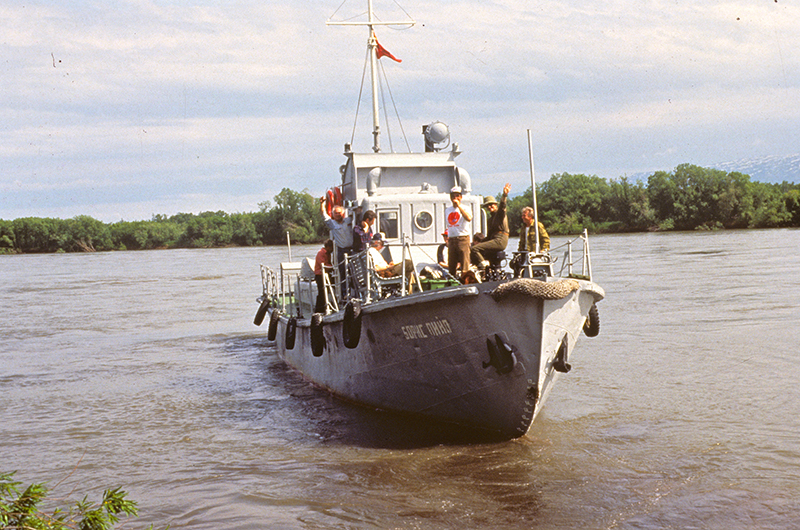 4 ways to Improve Your Relationships in Business – and in Life

Whether you’re leading a business enterprise or navigating a family situation at home, you’re going to encounter difficult people. There will always be somebody – or several somebodies – who challenge the very core of your character. This is amplified even more when you come from different backgrounds and have different expectations.

Never was this truer than when I worked with the people of the Russian Far East.

As one of the first American entrepreneurs to set up a joint business venture with the Russians after the Cold War, I was navigating new territory. Not only was this remote part of Russia unknown to westerners, but I was the first American since Charles Lindbergh, in 1931, to fly into the region. My team and I came in with the best of intentions. But, we were Americans with a can-do attitude. The Russians had a long, painful history of constraining rules, risk aversion, and fear.

To succeed – and both sides wanted this venture to succeed – we needed to figure out how to work together, in the face of cultural differences, a language barrier, and differing views on creative freedom. The Russians assumed every action could get them in trouble with the government, and with good reason. I, on the other hand, was used to more freedom. My mantra was: “Better to ask for forgiveness instead of permission.” We were from vastly different worlds. In order to move forward, I had to learn new ways to relate to, and lead, my business partners.

Here are four key things I learned about working relationships:

Optimism is the first ingredient in any formula for success. We ran into an endless array of problems from the very start. First, we had to convince the Russian government to let us fly into protected airspace. Then, once given permission, we had trouble getting our visas. The Consulate General of the Russian Federation in San Francisco told us we’d have to go through our Russian hosts. Since the areas we wanted to visit were located in closed areas, the host organizations didn’t have the authority to issue invitation letters directly; a classic Russian tactic from obstructing and controlling people. Finally resolved at the last possible moment, the Russian consulate closed for an extended weekend, just prior to our planned departure. If we didn’t come on the exact date specified, we’d have to start the paperwork process all over again. Classic!  Despite being officially closed, an invaluable Russian woman named Katya, who was part of our support team, got into the consulate on an official holiday and got our visas. Without Katya, the entire mission would have most certainly blown up.

The problems continued after we arrived in Russia, but throughout it all, I remained optimistic. I went forward with a glass-half-full attitude, and talked about “when”, “how” and “how much”, and not “if”.  My enthusiasm and optimistic attitude transferred to my teammates, and was palpable to the Russians we encountered. We gave them a reason to want to believe things that couldn’t be done before, could now because things really were different.

I’ve found that people can do extraordinary things when they find the courage to do what is required, and that courage comes from an optimistic attitude. Focus on what can go right, and not just on what will go wrong.  Identify what can go wrong, and develop the ways and means of ameliorating those things. But, don’t focus on failure. Keep your eye on success. If you don’t believe in your ability to succeed, why would anyone else? And you’ll need people to believe in you. You can’t do it alone. My team and I never looked back.  That was the cornerstone of our success.

Make sure there’s something in it for everybody. The best way to insure cooperation, is for your agenda to benefit all of the players. And by the way, make sure they know it!   This was true for my venture in the remote Kamchatka peninsula. For the Russians, they were in unchartered territory after the fall of the Soviet Union.  Jobs were scarce, food was low, suicides were high, and the rules were changing. Nobody knew which way was up. It was the Wild West. For me, when I saw the potential to create a new enterprise, the entrepreneurial bug bit me hard. The Russians desperately needed businesses to bring people and much needed income to their land. I was looking for a new venture that would bring me capital. It was a win-win situation for everybody.

There is always a reason for the way people behave. If you’re having trouble with your business partners, (or your teenager) climbing on board with your plan, it may not be simply because they are stubborn and hostile. If you’re meeting resistance you need to look a little deeper and ask yourself why they are refusing to work with you. For me, when the Russians balked at signing off on our plans, it came from a deep-rooted fear of the government and leadership of any kind. Whenever they pursued goals, or success, the government either squashed it down or took it away. When they came up with new ideas, they weren’t allowed to claim them. They were reacting from fear and caution, and it came well-deserved. Had I gone in thinking they were just being difficult for nefarious reasons, stubbornness or laziness, the project would have been a disaster from the start, and filled with bitter feelings. Which leads me to my next point:

Sometimes what looks like a problem, isn’t. The Russian military loaned us a navigator, which we desperately needed. But the navigator was no doubt secretly directed by the FSB (aka KGB) to keep an eye on us and report on everything we did. Instead of being resentful at the Russian authorities for this intrusion, or at the navigator for his unacknowledged “secret mission”, I embraced the fact that he was an excellent navigator, fluent in English, and a fine young man. He soon became my close friend, and was an invaluable ally in our exploration of this beautiful, unfamiliar and rugged land. I have no doubt that if I had treated our navigator with mistrust and scrutiny, our business would have never gotten off the ground.  Next time a “problem” comes your way, spin it differently. Look and see if it can’t be something that can become an advantage for you.

My adventure was one of a lifetime, and is the subject of my book Cross Winds. What I’ve learned from my experience with our Russian-American joint venture, is to embrace the challenges of doing anything, and to offer grace to people. While they may be prickly on the outside, and difficult to work with, if you give them the benefit of the doubt and try to read between the lines, chances are you’ll find some middle ground where you can both get what you want, and as amicable partners. It doesn’t always work out, but most of the time people will come around if you give them the appropriate incentive, and make it clear what you want. With less fighting and greater trust, a lot more work will get done, and your goals more achievable. And that, my friend, makes good business sense… anywhere!